How is Crack Made?

To make crack, cocaine (cocaine HCl - a salt) is chemically changed into the freebase form. This is done because when it is in freebase form it vaporizes at a much lower temperature. Before the mid 1980's most freebase cocaine was produced with a process using volatile solvents (often ether) in a standard acid-base extraction. The procedure to make crack is simple and is one of the most common procedures in lab chemistry.

Cocaine HCl is a cocaine molecule attached to a Hydrogen atom and a Chlorine atom, which makes cocaine a salt and very soluble in water. The HCl 'molecule', however, makes the chemical harder to vaporize, so the intention is to remove the HCl portion in order to make it easier to smoke. The cocaine is dissolved in an acidified liquid and then the liquid is basified. The rise in pH reduces the solubility of cocaine in water. Because of this reduced solubility, when the solvent is added, the cocaine becomes trapped in the ether. The combination is shaken over and over and then left to sit so that the ether and water separate into two layers. The ether is then separated from the water (in a lab using a specially designed funnel) or by novices using a turkey baster or other crude technique. The ether is evaporated (hopefully under a lab ventilation hood or in a solvent recovery system) and what is left is "freebase cocaine."

The above procedure to make crack is both dangerous and expensive, so a much simpler technique was developed on the street to make this form of crack cocaine.  Another way to make crack is by mixing Cocaine HCl in water with a large quantity of baking soda and then heat drying in a pan (usually in an oven). The resulting hard, crumbly material is smokeable and potent, although it contains more undesirable materials than a pure freebase does and is considered 'low grade' quality. 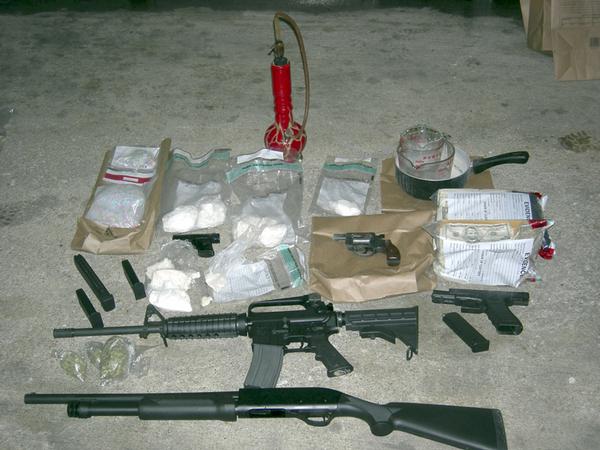 Children who know that one of their parents is addicted to crack or any other drug carry the additional burden of secrecy regarding their parents addiction. Many children feel embarrassed or uneasy to speak about such things and tend to bury these thoughts within themselves.
Crack Addiction not only rips families apart, it also causes severe damage to personal health and well being. Many medical complications arise from crack use such as heart attack, stroke and liver failure.