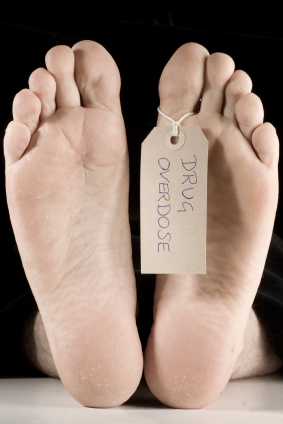 The word "overdose" implies that there is a safe dosage. Therefore, the term is commonly only applied to drugs, not poison. A crack cocaine overdose is sometimes caused intentionally to commit suicide or as self-harm. However, many drug overdoses are accidental and are usually the result of irresponsible behavior or the misreading of product labels. Other causes of a crack cocaine overdose include use of multiple drugs with counter indications simultaneously and use after a period of abstinence or unexpected purity of the drug consumed. For instance, the use of heroin or certain prescription pain medications and crack, amphetamines, or alcohol.

One of the most dangerous aspects of crack abuse is the high risk of crack cocaine overdose. Because crack is more potent than street cocaine, it enters the bloodstream more quickly and in higher concentrations. This is particularly risky since smoking the drug makes it difficult to estimate dosage. The most common symptoms of a crack cocaine overdose are rapid heartbeat and hyperventilation. These reactions are often accompanied by a feeling of impending death. Although most people survive, several thousand die due to complications from a crack cocaine overdose. All forms of cocaine and crack use have been linked with heart failure in users. This also includes otherwise healthy users.

Diagnosis of an overdosed patient is generally straightforward if the drug is known. However, it can be very difficult if the patient cannot (or refuses to) state what drug they have overdosed on. At times, certain symptoms and signs exhibited by the patient or blood tests can reveal the drug in question. Even without knowing the drug, most patients can be treated with general supportive measures.

Someone who is suffering from a crack cocaine overdose will display symptoms such as rapid heartbeat, muscle cramps, seizures, paranoia, psychosis, confusion, loss of control of movement, vomiting, lack of consciousness, and possibly cardiac arrest. It can also result in a fatal condition known as excited delirium.

First aid in these cases involves staying with the person and helping them to remain calm. Move them to a quiet area, and where possible, apply a wet cloth to their neck or forehead. If unconscious, place them in the recovery position and call an ambulance.

"Crack Babies"were once thought to be a lost cause as it was believed they would suffer from severe damage such as lower intelligence and crippled social skills. However, not all babies born to mothers who used crack during pregnancy show these symptoms. The severeness of problems related to smoking crack while pregnant can range from mild to extreme.